SOME OF YOU BITHS DO NOT NEED TO EVER QUESTIONS US AGAIN! NEVER, EVER!

END_OF_DOCUMENT_TOKEN_TO_BE_REPLACED

1. How is Satine going to have any child near Luke and Leia’s age when she died a year before Order 66 in 20 BBY? In canon, ever since canon was canon, the consensus has always been Luke and Leia come first when writing Star Wars consideration. That has never changed. No child birthed in Star Wars is older and better than “Luke Skywalker”. Just how it it. A True Star Wars fan KNOWS this fact.

2. How does Satine hide a baby from the entire horde of Mandalorians, especially Death Watch, which her sister Bo-Katan is an officer to a point she would never fathom a baby from a Jedi? Can we say obliviousness? Come on, they had spies that kept tabs on Sundari, Mandalore for many years. Mandalorians keep tabs. Moveover Mandos can’t keep their mouths shut on rumors. Satine is the ruler of Mandalore who had sex with a Jedi, then got pregnant and hid that child from the Jedi, the Mandalorians, the Separatists, the Sith and many others interested in Mandalore. Then tada! This child is revealed from out of no Star Wars Legends books, a fully formed character, as the  mother of Rey.

Um, this isn’t “As The Galaxy Turns”.

There’s dubiousness that goes on with the Mandalorians. Obi-Wan Kenobi is a Jedi Knight and a Jedi Master. He would NEVER leave a woman he impregnated and NOT marry her unless Satine wanted it, but Satine is a pretty Princess. Delicate. She NEEDS a man and that man was Obi-Wan. She either knows that Obi-Wan would not lie, hide, and he allegedly would have to leave the Jedi Order to marry her before impregnating her before Order 66 in 19 BBY.

But that did not happen. It does not work. Why? Obi-Wan is a KNIGHT and he acts honorably. He also has commitment phobia and after Order 66 he doesn’t trust anyone. Read John Jackson Miller’s Kenobi or listen to our podcast with Miller and James Arnold Taylor.

Then in the original trilogy, it took everything as an old man Kenobi to garner the strength to be that Jedi Knight again in ANH. In fact he died. So him having a biological child beyond his duty to Luke seems highly unlikely unless the mother can handle being a single parent and independent. Satine can’t do that. Look how easily she was killed by Maul…

3. Powerful Force users can pick up on other Force sensitives by their acts. Palpatine has all the Jedi Holocrons of Force Sensitives in the galaxy. That’s what the Inquisitors are using to track children. An astute Jedi Master would know how to hide the children, usually in Light Sided Force Nexuses like Alderaan. Vader wasn’t going back to Tatooine for the fear of waking Anakin up – Star Wars ANH novelization.

4. It’s all good to write metas, but they should be based on written material of how Star Wars works and not solely by Wookieepedia that are run by misogynists. Fact. Search the Twi’lek boobie article debacle. Otherwise, it is godmodding fantasizing whack crackships. Fairytale flounce. Casual fan foolishness. And welp, that’s why you have problems elsewhere, like on the JCF.

5. If you buy all that fairy tales on fleek crap about Rey’s parentage, then ok. Here’s her parents… I’d buy that story more than ObiTine as grandparents. 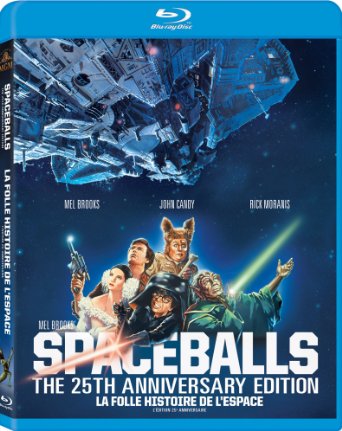